The impressive 71m classic motor yacht Haida 1929 was originally built by Krupp Germaniawerft for millionaire Max C. Fleischmann (1877-1952) following plans drafted by the New York naval architects Cox and Stevens. The ship was constructed to be exceptionally strong in order to serve for long scientific, fishing, and pleasure cruises in the Pacific waters off the Californian coast.

Haida 1929 has twice visited the Pendennis yard in Falmouth for refit works. She first arrived in the summer of 2011 as Dona Amélia for a short four-month refit programme, which mainly consisted of an engineering survey and an overhaul of 15 tanks, revitalising the teak decks, and upgrading the AV systems and galley equipment.

Since that time, the vessel sadly went through a period of limited use, spending several years moored in the River Fal whilst up for sale. Thankfully in 2016 this beautiful ship fell under the guardianship of a new Owner passionate about restoring the yacht to her former glory, aiming to protect as many of her original features as possible. In homage to her heritage the Owner renamed her Haida 1929.

A specialist team with relevant uncompromising classic yacht experience was chosen for the project. Working closely with Edmiston Yacht Management and interior designer Adam Lay, the Pendennis team applied their expertise in yacht restoration to undertake a painstakingly detailed 18-month refit programme. A considered approach was taken from the outset to restore her former glory whilst improving her for the new Owner’s use.

Review of the hull revealed extensive fabrication work was required to rebuild the structural integrity of the vessel, with over 100 tons replaced in total. Further structural changes included extending the Sun Deck to provide a much larger al fresco dining area and strengthening works down through three deck levels to cater to the considerably larger bathing pool which replaced the small dip pool. The davits were also moved, reinstated to their original midships position.

The biggest change to the interior was the addition of a Hammam spa, massage room and hairdressing parlour, replacing a storage area. The interior joinery, lighting and portholes were upgraded and refurbished, three new fireplaces were installed to create a romantic ambience, the interiors refreshed using cool Italian marbles in the bathrooms and complemented by elegant soft furnishings in a more modern yet sympathetic palette.

When built the yacht was equipped with mammoth twin diesel engines that still propel her to this day. It is thought that these may be the oldest working engines of their type still in their original situ. However, with no records or manuals from their construction, servicing these was perhaps the most challenging task in the refit. Despite these engines being slow to respond and therefore making Haida complex to manoeuvre, it was a key requirement that these engines were maintained as the ‘heart’ of the vessel. The Pendennis engineering team painstakingly deconstructed the engines, hoisting cumbersome parts and huge pistons individually up though the central funnel to be serviced on site. Once reinstated the engines were painted in the same hue as the hull, creating a dramatic statement.

The refit was completed by a full hull repaint, with a unique shade of turquoise chosen for below the waterline. Following extensive sea trials Haida 1929 left Falmouth on route to the Mediterranean, which will be her home base. She is now available for charter though Edmiston. 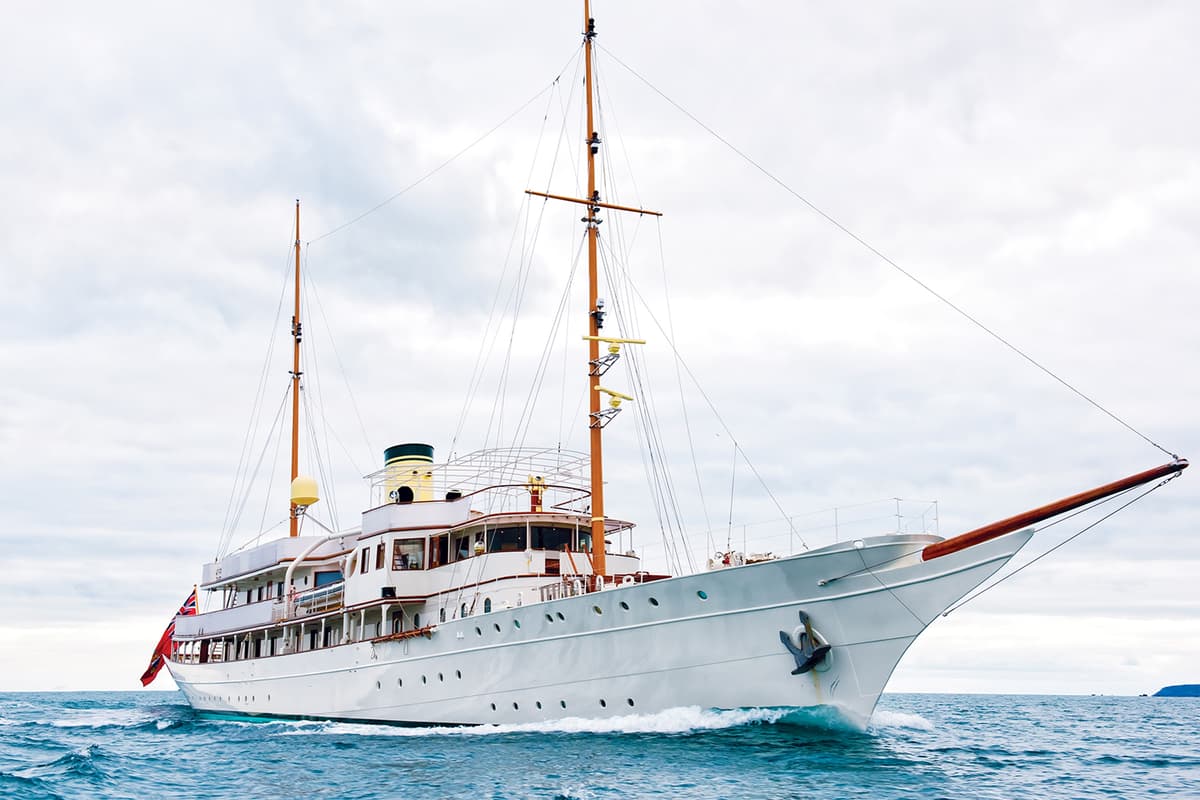 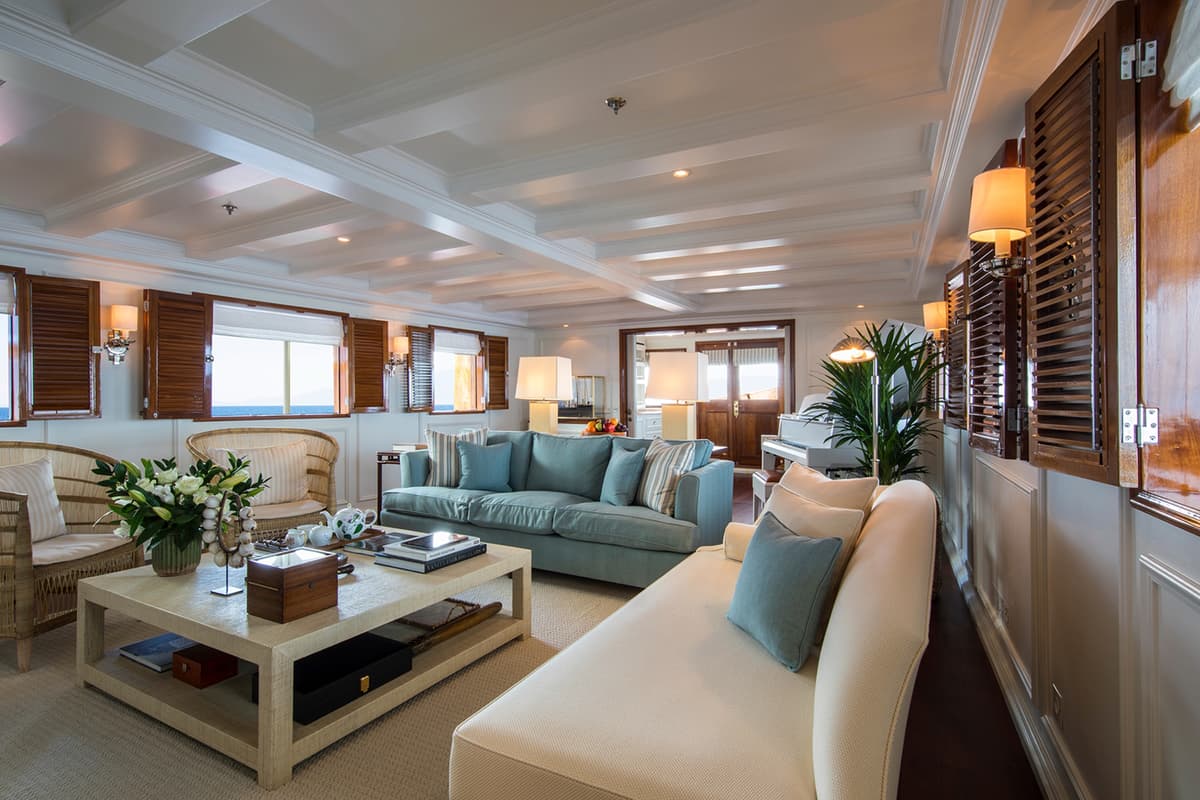 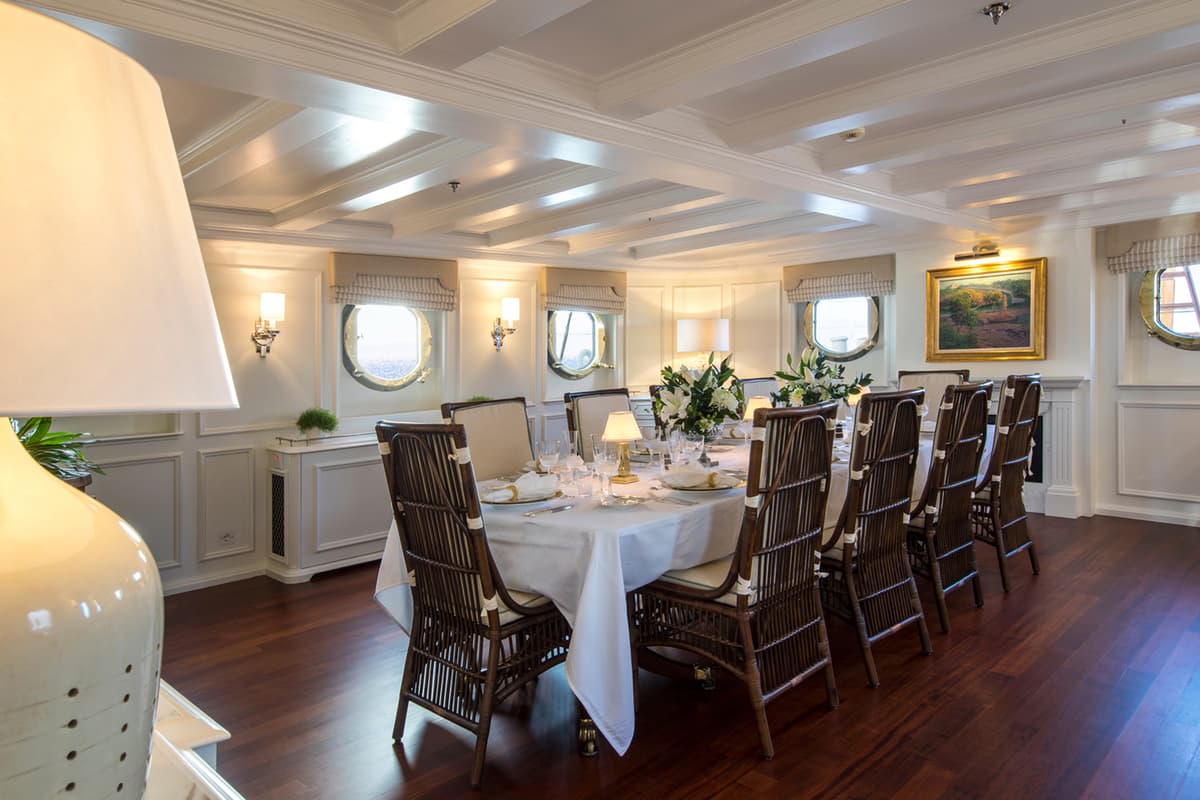 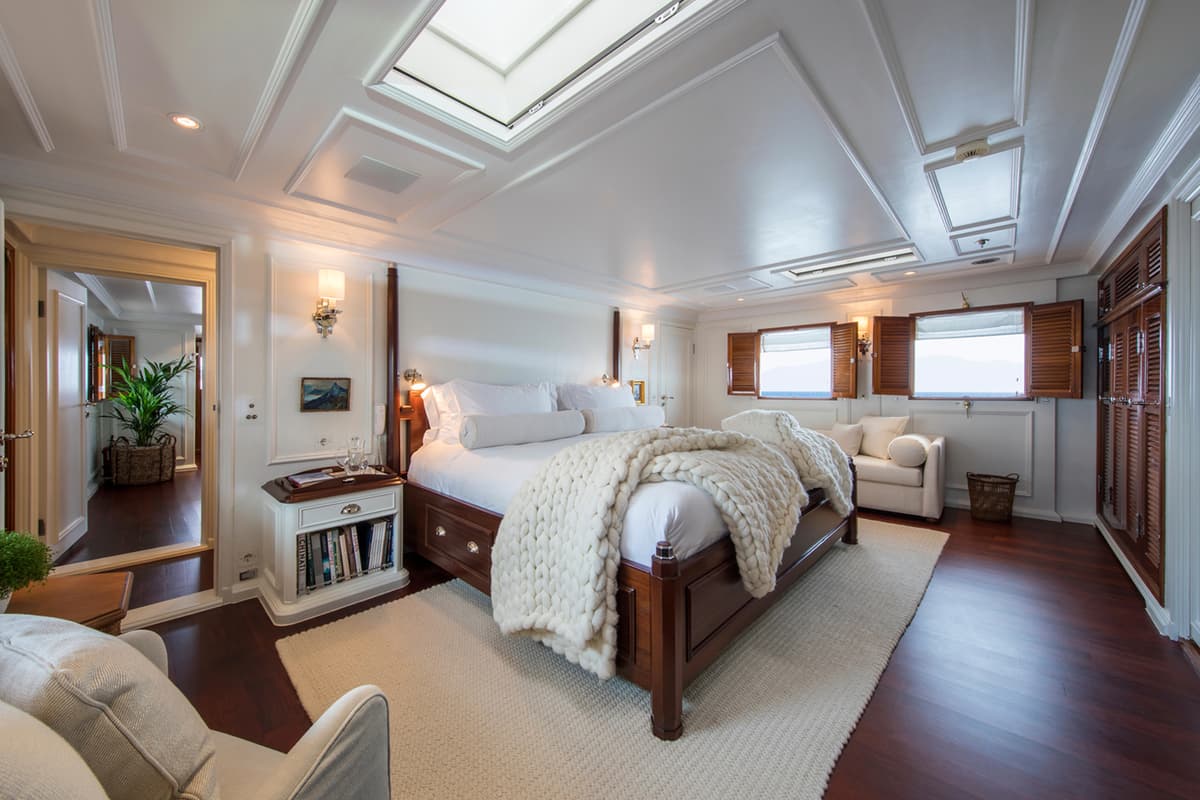 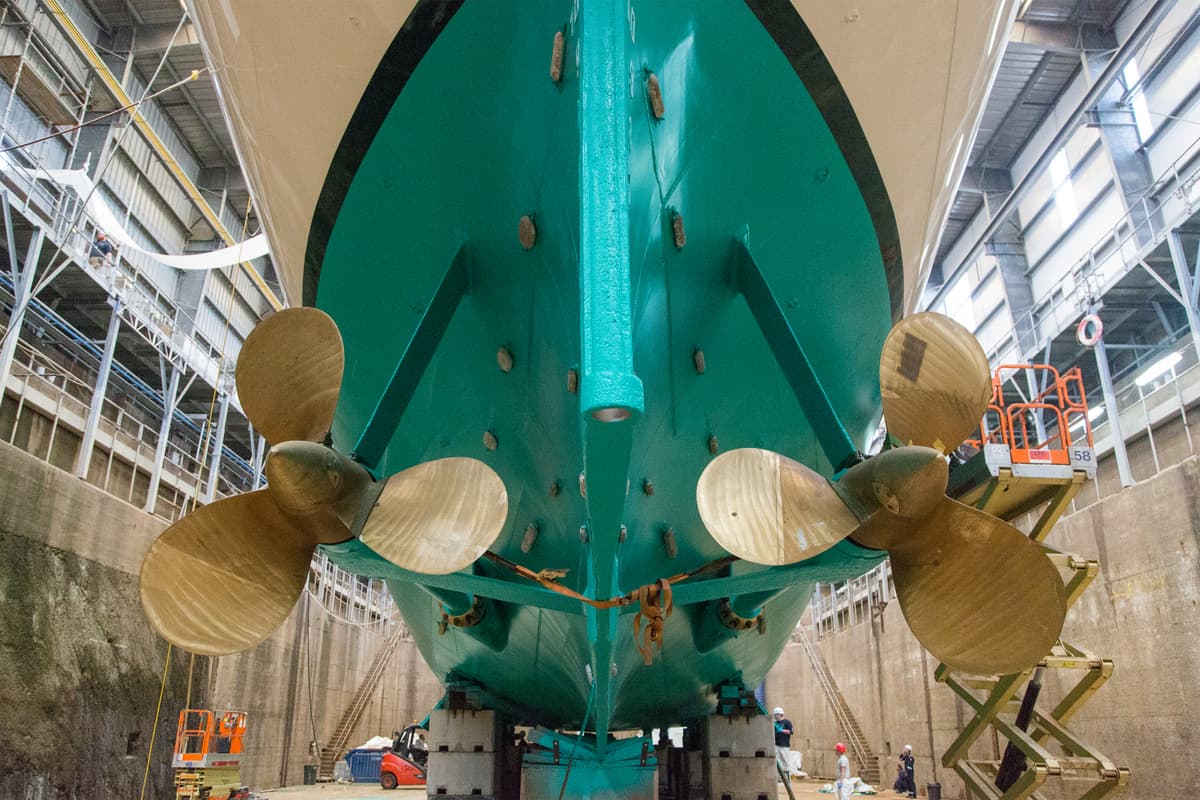 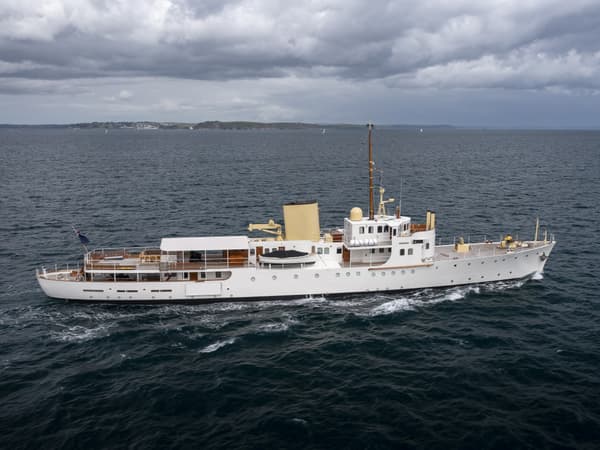 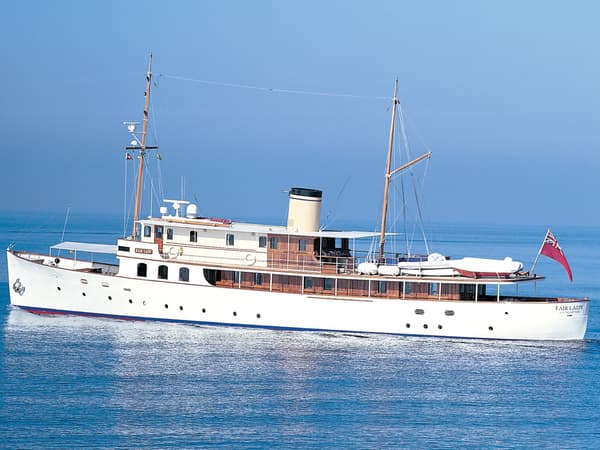 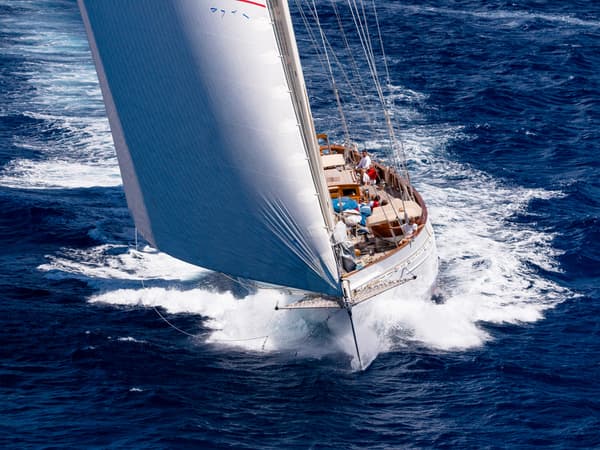