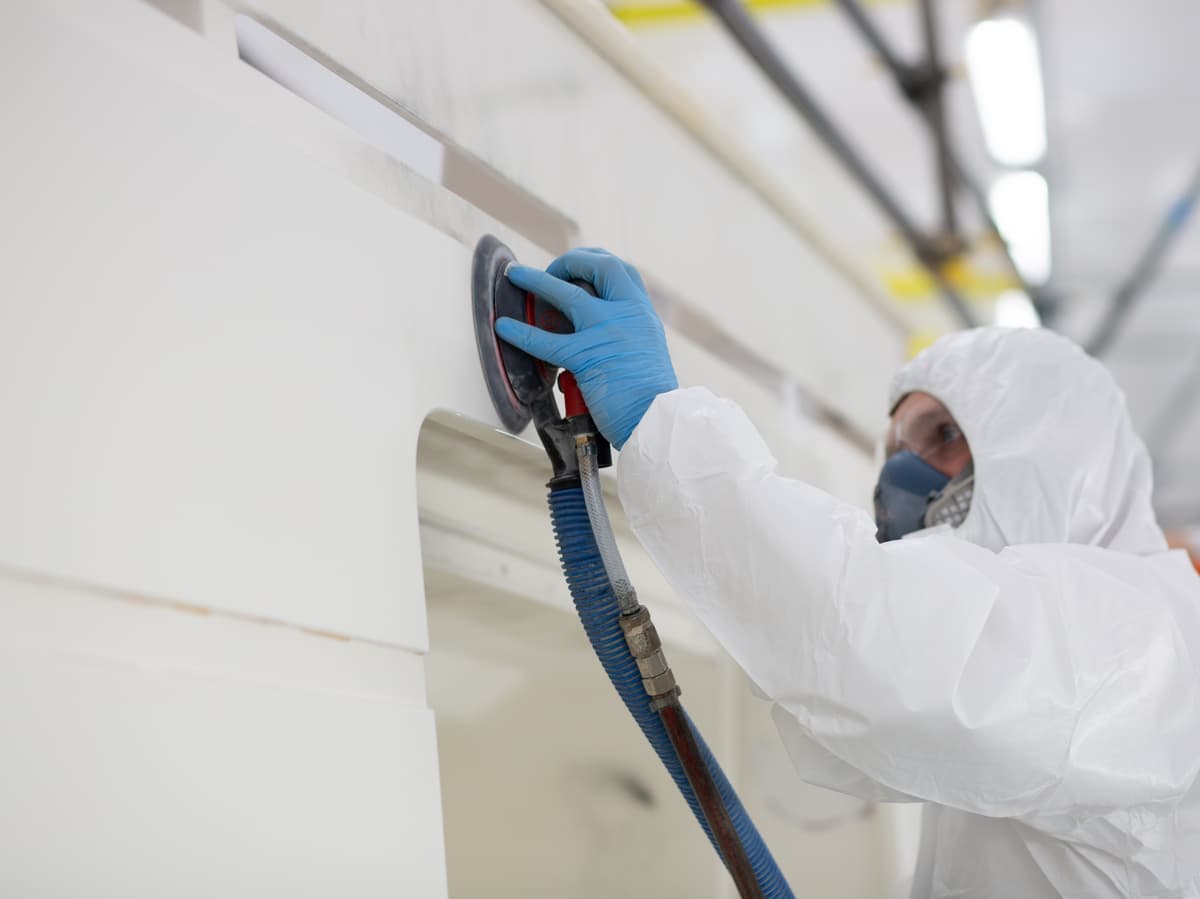 Since August 2020, government-mandated changes to the way apprenticeships are delivered and assessed have required all apprenticeship courses to be re-written by employer-led groups. This has led to collaborations between major UK superyacht builders and marine companies as they work together to re-design various marine apprenticeships.

For each apprenticeship to continue after the changes came into effect, a group of at least 10 employers from the occupation needed to work together to develop the new structure for it, called standards, and have them approved by IFATE (Institute for Apprenticeships and Technical Education). The standards are aimed at ensuring the focus of learning is aimed beyond passing the course and onto preparing for a career, which is why - as the ones who know best what will be required of an apprentice in their career - employers are being asked to design them.

The group which he then assembled included Berthon Yachts, Sunseeker, Cockwells, Princess Yachts and the RNLI, and has been working with British Marine and IFATE on the new standards for well over a year.

“This has been a huge collaborative project, and what’s amazing is that every one of the companies on board has volunteered their time and committed to readying this new programme for delivery. There were a lot of criteria that needed to be met for it to be approved, and there was also an evolving nature to the process which necessitated a great deal of liaising between our group and IFATE.

It was a tough process at times, of course exacerbated by COVID-19. Elements such as compiling the list of duties that make up a surface finisher’s role were challenging due to the scope of organisations in the group. This presented complications as there are different processes used across organisations, for example the differences between gel coating compared to hand finishing.

Later in 2020 we found we needed to expand the new standard to include options for the high end automotive and aviation sectors. This involved more online meetings to resolve the requirements for core duties (those essential for all sectors) and the sector pathway options which will allow an apprentice to choose the marine, auto or aviation specialization.”

In April 2021, supported by Ulrika Lawrence from the British Marine Federation, Steve presented the new proposal to the Standards Approval Panel which included members from IFATE and employers representing industry. Shortly after, the proposed standard was confirmed as being fit for purpose and the group could continue with the next stage of development. This includes seeking Provider delivery, agreeing the value of the new programme and completing the End Point Assessment process. The work is ongoing, but it is only a matter of time before the new standard can be rolled out.

Steve thinks the updated course structure will have great benefits:

“The pending outcome is very exciting - there will now be a respected, recognised career path for high-end marine surface finishers. The superyacht industry is so specialist and requires precise and bespoke skills. The new standards cover more specific criteria than the old frameworks had and having been designed by us, they are completely tailored to our industry. An apprentice joining this course will benefit from a clear pathway and have confidence in their future. As employers we can ensure our apprentices meet the level of excellence needed to maintain our world class standards.

Another great side to the process was the increased communication between the organisations taking part, and the relationships we have developed. With the challenging times we all experienced in the last 18 months this was invaluable.”

“It’s fantastic to see the progress of the Trailblazer group on the surface finisher apprenticeship standard. We are fortunate to be able to bring together a like-minded group of employers to develop a high-quality standard on a purely voluntary basis. As the Chair of the group, Steve has done a brilliant job pushing this development forward, especially in the challenging circumstances that the COVID-19 pandemic presented us with.

This is another positive step in the right direction for high quality apprenticeship training – the surface finisher standard helps to ensure continued access to entry points for careers in the marine industry. This new standard will sit nicely alongside the marina and boatyard operative, boat builder, marine engineer and marine electrician standards developed by the Trailblazer groups.”

What is the difference between the old frameworks and the new standards?

The new standards for delivering and assessing the apprenticeship are different in that they are created by employers, where they had previously been created by colleges and learning institutions. The existing courses had been using frameworks which were primarily qualification-focused. Throughout the course the apprentice would need to complete various units which were ticked off after completion and not necessarily required to be demonstrated again. The main aim was to achieve the qualifications that are part of the framework, but it was possible for an apprentice to do this but not actually retain all the skills needed to carry out their job on completion, leaving them needing further training from their employer.

How are the standards being created?

What does this entail?

The employers in the trailblazer group are all volunteers, taking on this task alongside their existing commitments.

First, they had to agree on the list of duties that are required from all apprentices in this occupation. (Group had to contain enough employers and the duties had to be correct for all employers in the group) Then they had to develop the ‘pathways’ – the parts that are specific to different specialisms, for example superyachts vs aeroplanes or high-end cars.

As this was new ground for everyone involved, several times the group submitted their proposal to IFATE and had it returned with guidance on extra criteria they would need to meet for it to be approved. Finally, Steve presented the finished proposal to a board of IFATE members in (April) and received confirmation that the standard they had created met requirements. (The stakes were high, as if it wasn’t accepted the group would have had to start all over again). This meant they could proceed with developing the KSBs. Then they had to plan how they would teach these and what the end point assessment would consist of, so they could ensure apprentices would graduate with the skills they need to go straight into their new career.

The work doesn’t stop there though, as there are still some final hurdles before the course will be approved for funding and allowed to commence delivery.

What will the end point assessment consist of?

Ours will include a multi choice question, a skills test, and a professional interview. In the skills test, the apprentice will be given a task, eg spraying an area, and will need to go through the process from start to finish, setting up correctly, choosing appropriate tools, completing the job to a high standard… The professional interview is like a mock interview and a written exam in one – the interviewer ask about any area in which the apprentice’s skills have not been demonstrated by their portfolio and will question them on all aspects of it to ensure there are no gaps in their knowledge.

Is it only the employers who have been working on this?

Not at all, although the responsibility of creating an approved apprenticeship standard rests with the employers, in the later stages providers have been liaising with the group as well to advise on the technical aspects of delivering the course. In our case, Falmouth Marine School have been very involved as they are keen to be able to deliver the course once approved – we need providers willing and able to deliver the course so it makes sense for them to be involved.

What are the benefits of working on this?

For the apprentices, because they will now have a respected and recognised career pathway to becoming a surface finisher dealing with high-end products. For the trailblazer employers, because we have been able to ensure our apprentices will be fully trained to the level of excellence and exact skills we need to maintain our world class standards.

Quite simply, if the group hadn’t developed a new standard and got it approved for delivery, the pathway would have ceased to exist, and it would no longer have been possible to study a surface finishing apprenticeship in the UK.

Why is the new standard an improvement?

Covers more criteria than the old framework. Career path wasn’t really there before, it was always an adaptation from another course (car spraying, boat building)

Were there any unexpected benefits?

Working with other employers was great for communication and developing a community within the sector, especially during lockdown. Also developing a relationship with IFATE. A learning curve being involved with developing a standard, new ground. Know it inside out now. 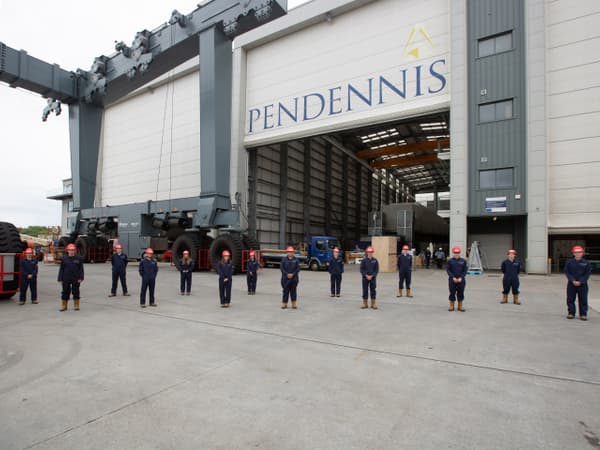 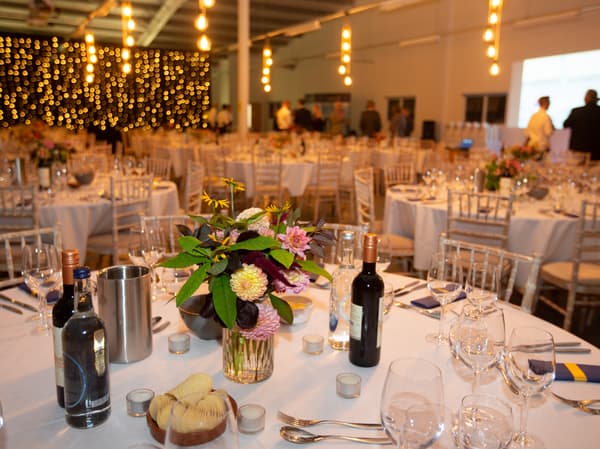 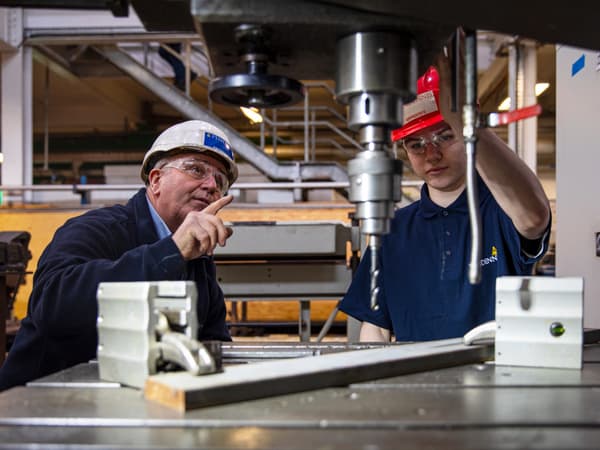 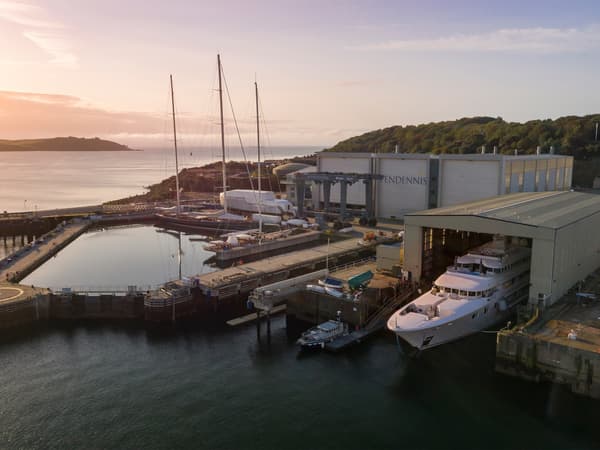